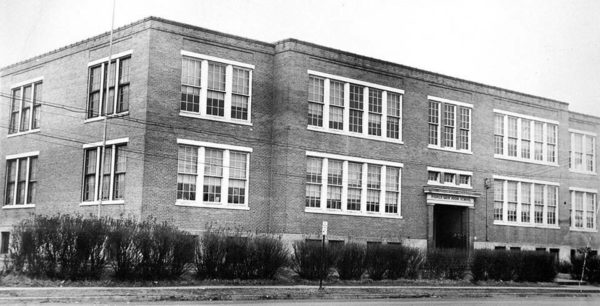 Even as the city sorts out how to handle issues of diversity and institutionalized racism in the school system, Alexandria is commemorating the 100th anniversary of a local school for Black students built in part by local supporters and parents.

In September 1920, the Parker-Gray School opened on Wythe Street where the Charles Houston Recreation Center is today. The school started as an elementary program, but added a high school in 1932. The school operated as the city’s lone Black high school.

With insufficient funding, many in the nearby community donated funding to buy supplies for the school.

“Under the direction of Henry T. White, the school operated with only the barest essentials and depended on the community for additional equipment and support,” according to the city.

In 1950, the high school component moved into a new building at 1207 Madison Street. The Parker-Gray School remained in operation until 1965.

According to a newsletter sent out by the City of Alexandria:

In September 1920, the Parker-Gray School opened for African American students grades 1 – 8. Located on Wythe Street, the school was named for the two principals of the previous segregated elementary schools in Alexandria – Principal John Parker of the Snowden School for boys and Principal Sarah Gray of the Hallowell School for girls.  Henry T. White was its teacher-principal with a staff of nine additional teachers.  Parker-Gray was the only elementary school in Alexandria with an auditorium because of Mr. White’s insistence that one be placed in the architectural plans. The boosters and parents had to buy chairs for the auditorium, a stage curtain, wastebaskets, desk clocks, coat racks for teachers, $1000 worth of equipment for the Home Economics room, reference books, roller maps and globes, a typewriter, a Victrola and records, a lantern slide with 600 slides as well as cover half of the cost of window shades for the building.