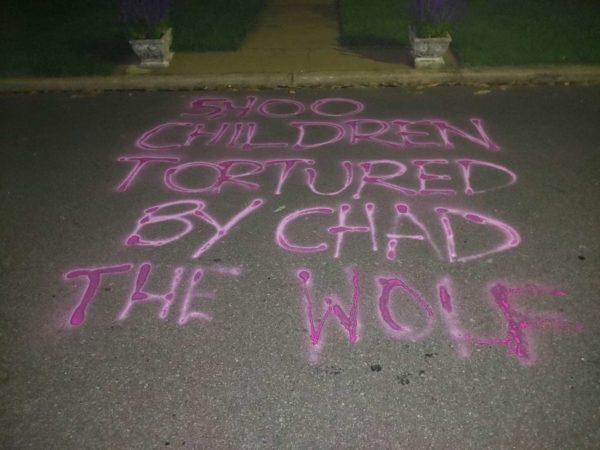 Since last month, protestors have demonstrated in front of Wolf’s home in the city’s North Ridge community.

“5,400 children tortured by Chad the Wolf,” the message read.

Alexandria Police spokesman Lt. Courtney Ballantine said that there is a police report, and that since the chalk was sprayed on public property and washes off there was no destruction of property, but the incident could be considered vandalism. It is being removed by city officials, he said.

In 2018, protestors angry about family separations and arrests at the border also demonstrated outside the Old Town home of then-Secretary Kirstjen Nielsen.