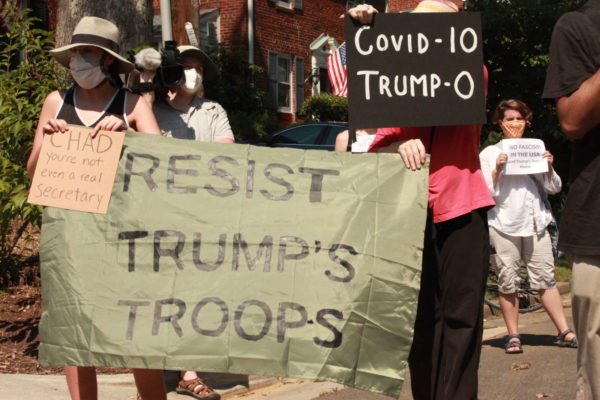 Alexandria activists are planning another protest at the home of acting Department of Homeland Security Secretary Chad Wolf this Sunday.

In an email, activists said to meet at the intersection of Preston Road and Valley Drive on Sunday, Aug. 9, at 10 a.m. for a rally outside the acting secretary’s home along the northern border between Arlington and Alexandria. The protest is planned to oppose Operation Legend, ICE abuses, and DACA restrictions and organizers asked participants to wear masks, bring signs and water.