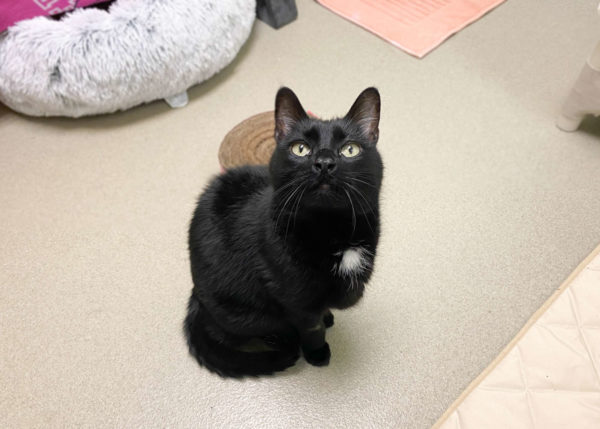 Dub is a little different from most cats.

The eight-year-old cat is up for adoption at the Animal Welfare League of Alexandria. Gina Hardter, spokeswoman for the AWLA, says Dub has a certain unique trait among the shelter’s cats.

“He’s a polydactyl, and he loves to show it off,” Hardter said in an email. “[Polydactyl] means he has extra digits, which he loves to use to grab things like toys, treats and attention.”

Perhaps one of the most famous polydactyl cats are the residents of Ernest Hemingway’s home, where the cats are descended from a six-toed cat Hemingway once owned.

Hardter said while Dub is up there in years, he’s still spry and active.

“At 8 years old, this stately senior is nowhere near retirement,” Hardter said. “[He] loves to play with toys and chase after wands and feathers. Dub also enjoys his downtime, alternating between relaxing naps in the sun and sitting around, looking handsome (in case anyone is nearby with a camera).”

As with other pets at the shelter, Dub is only available for virtual or in-person visits by appointment due to coronavirus.