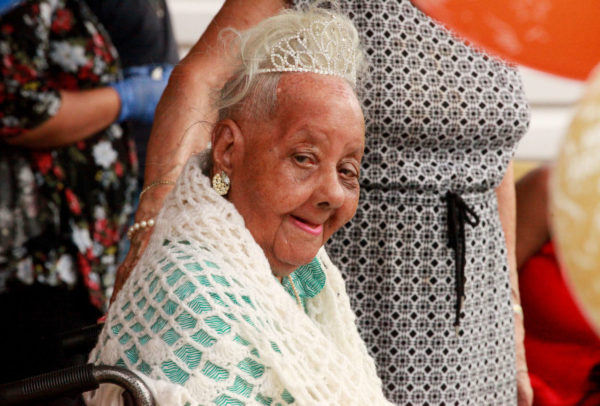 Margaret Chisley has seen it all. The 109-year-old lifelong Alexandria resident celebrated in style on June 26 on her front porch behind a plastic screen as well-wishers drove by, waved signs and honked their horns.

“I’m so excited,” Chisley said behind the protective screen. “Thank you all so much.”

Chisley was born on June 26, 1911, when William Howard Taft was president and the sinking of the Titanic was still a year away. She graduated from Parker-Gray High School, attended the Cordoza Business School, and was later a notary public, legal secretary and the first African American Secretary for the Alexandria School Board. She is a lifelong member of Meade Memorial Episcopal Church, The Hopkins House Association and the NAACP, and has lived in her Old Town home for more than 80 years. 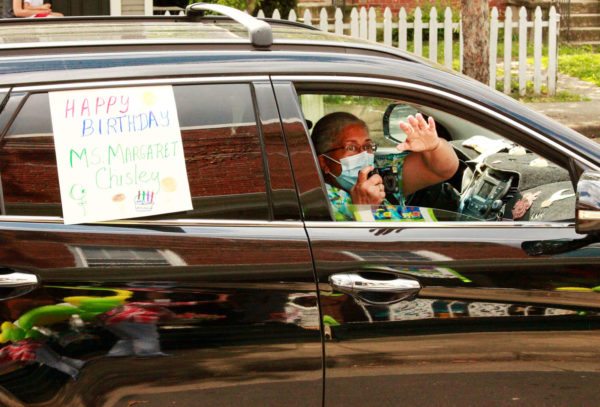 “Whereas Margaret Amanda Chisley is a devoted aunt, cousin, godmother, and friend, she is known for her helping hand, and her kind and encouraging words, but most importantly her love, wit and charm, and of course her fashion and style,” the proclamation reads.

Chisley’s niece, Katie Claybourne, said her aunt has a great sense of humor.

“If you could hear her talk, you would never think that she was her age,” Claybourne said.

Nia Spencer, another of Chisley’s nieces, said that her nickname is “The General.”