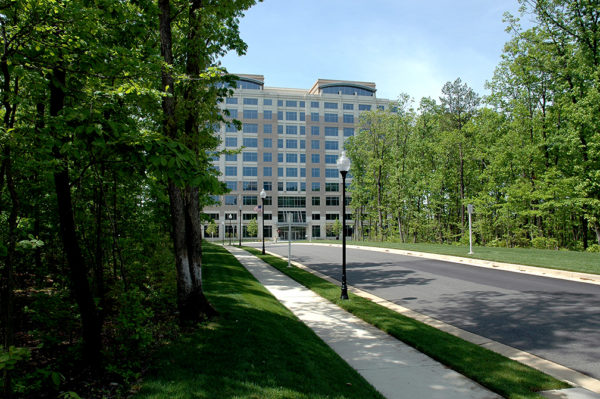 The City of Alexandria has agreed on a 15-year lease for a Mark Center office owned by the Institute for Defense Analyses (IDA), the nonprofit announced today. The lease, which was signed on May 26, will go in effect when the city’s Department of Community and Human Services and Health Department moves into the property at 4850 Mark Center Drive in February 2023.

The city has an option to buy the property and are interested in exploring that option, city spokesman Craig Fifer told ALXnow.

IDA will move out of the property, which it has called home for nearly four decades, and into its new 370,000-square-foot headquarters at Potomac Yard in February 2022, according to a press release. The new facility will be blocks away from the new Potomac Yard Metro station and next door to the Virginia Tech Innovation Campus.

“This is a key milestone in our progress toward Potomac Yard occupancy and continued advancement of our work for our sponsors,” said IDA President and CEO Norton A. Schwartz in a statement. “Eight years ago, we committed to moving into a new building in Potomac Yard equipped with the latest technology and security requirements to better support our growing organization.”

IDA has the mission to “answer the most challenging U.S. security and science policy questions with objective analysis leveraging extraordinary scientific, technical, and analytic expertise,” according to its website.

The deal has been in the works since at least 2018. According to a city memo, it will cost approximately $1.9 million in annual building operating expenses and the city would need nearly $14 million in “upfront tenant fit-out costs.”