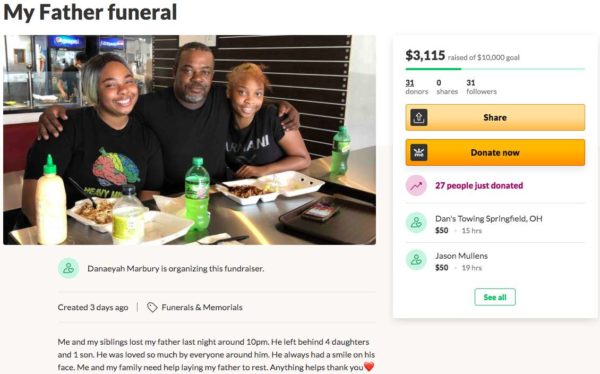 The family of an Alexandria man killed Monday night on Interstate 495 have launched a GoFundMe campaign to help with funeral expenses.

“Me and my siblings lost my father last night around 10pm,” Danaeyah Marbury wrote. “He left behind 4 daughters and 1 son. He was loved so much by everyone around him. He always had a smile on his face. Me and my family need help laying my father to rest. Anything helps thank you❤️ it was a hit and run.”

Marbury, a 49-year-old tow truck driver, was killed running out of the way of an accident as he responded to a disabled vehicle on southbound I-495 on Monday night. The incident occurred less than a mile north of Route 236 in Fairfax County and it remains under investigation, according to Virginia State Police.