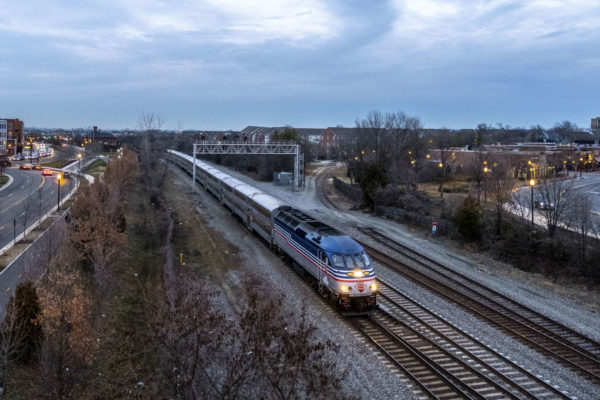 A pedestrian was killed this evening by a Virginia Railway Express train behind the Regal Cinemas at Potomac Yard, according to Alexandria Police.

The person died at the scene, and the incident occurred at around 6:30 p.m., according to Alexandria Police spokesman Lieutenant Courtney Ballantine.

It is not clear if the pedestrian was male or female, and their identity and age have not been disclosed. Police are also investigating why the person was on the tracks at that time, and it is not clear who witnessed the incident.

Police also reported that there was no derailment because of the incident.

According to The Washington Post, the train was the southbound VRE train 313 to Fredericksburg, which stops nearby at Crystal City.

NOTIFICATION :: The Alexandria Police Department is assisting with an investigation of a pedestrian struck by a train. The incident occurred behind the Potomac Yards movie theater. There was no report of a derailment. Expect police activity in the area.