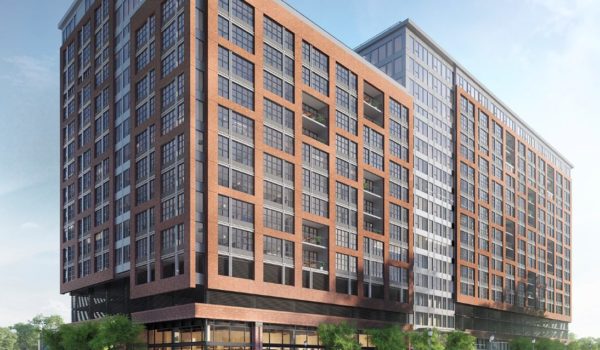 The Foundry (2470 Mandeville Lane) isn’t open yet, but the new luxury complex in Hoffman Town Center has started leasing apartments.

According to a press release, apartments include studios as well as one, two and three-bedrooms. Studios start at around $1,900 per month and go up to three-bedroom units at $4,360. Rent specials are currently being offered, the press release said.

The building will include a heated rooftop pool, a sports bar, a pet spa and more. A new food hall is also planned for the building.

Staff at The Foundry said move-ins are scheduled to start March 1. Tours of the building are available, staff said, but visitors will have to wear a hardhat for now.

The Foundry is part of a wave of new residential development planned as part of a push to turn the Eisenhower corridor into more of a residential and commercial district.