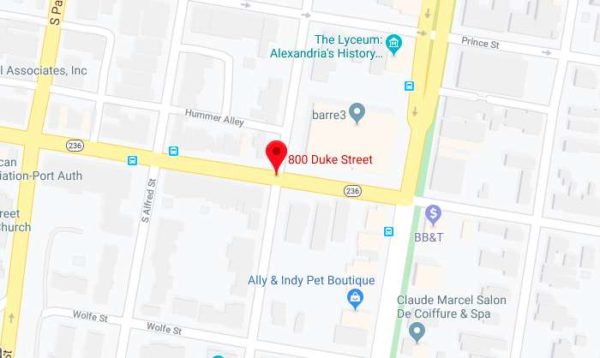 An athletic pursuit is leading to some hazmat calls around Alexandria.

The Alexandria Fire Department responded Tuesday afternoon to investigate a white powder discovered along the 800 block of Duke Street in Old Town, according to AFD spokeswoman Raytevia Evans.

Not to worry. Investigators determined that the mysterious substance was just chalk used by a local running group to mark their route.

A passerby made the call around 2:30 p.m. It was answered by fire marshals, hazmat and medic units, engines from stations 204 and 209, and a truck from station 209, Evans said. The Alexandria Police Department also arrived on scene for the investigation.

ALXnow took note of a previous hazmat call in November, which involved a running club marking a local trail with flour.

Scanner: Alexandria firefighters and hazmat team dispatched to a local trail for a report of a suspicious white powder. Arriving units determined the substance to be flour, used by local runners to mark the trail.