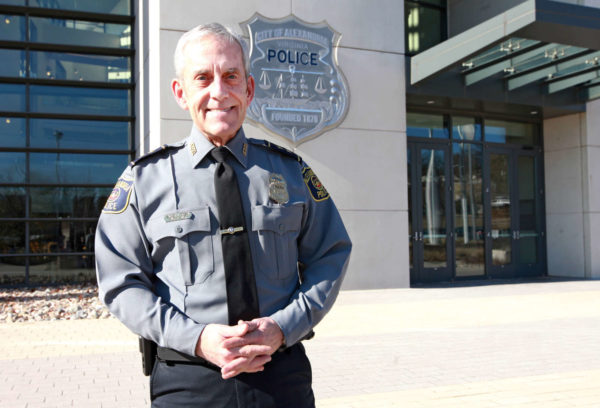 Aggravated assaults have increased every year for the last three years in Alexandria, and Police Chief Michael L. Brown said that his department is working on methods to reverse the trend.

“Some of these are happening behind the doors of residences in the city, and we’re trying to get a better understanding of that,” Brown told ALXnow. “We’re working with the Department of Community and Human Services to see what we can do to come up with a program that aligns city services with the need of individuals so that they don’t have to call 911 and we can do something else beforehand.”

In 2019, there was a 37% spike — 208 calls for service for aggravated assaults, compared to the 151 incidents in 2018, which itself was a 10.2% increase from 2017. That year saw an 11.4% increase from 2016. So far this year, there have been eight reported incidents, and the department will be releasing its annual report with final tallies in the coming weeks.

Brown, now in his third year leading the department, said that many of the incidents were caused by suspects who have had difficulty coping with stress at home. He also said that there is no specific hotspot for incidents in the city and that the crime is evenly distributed.

“What is troublesome to me and the police department is that so many of these things are domestic in nature,” he said. “These are people who are in or were in relationships, and it gets down to how that person was coping with that relationship which led to a 911 call because it turned into a crisis. We’re going to find a method for the city to  get the word out to folks to get help.”

Starting this month, the department is increasing its focus on community policing by placing officers in designated beats. That, Brown said, will allow officers to forge stronger relationships with communities and may help stem the tide of aggravated assaults.

“The expectation is that officers will stay within their beats and become a visible presence in the area — like the mailman,” Brown said. “So, you may find that there’s a particular set of high rises or area where officers are working with those communities to identify problems and try to deal with them before they become a 911 call.”