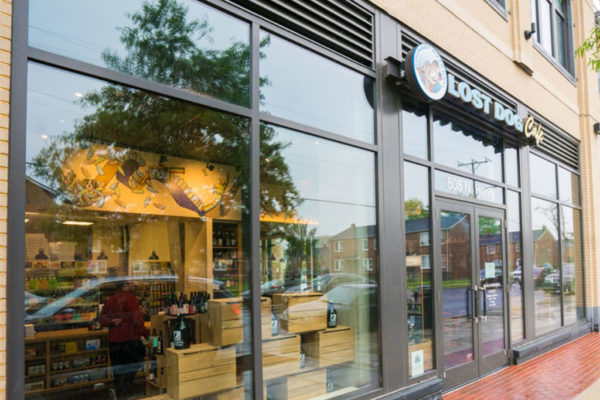 Lost Dog Cafe, a popular restaurant at 808 N. Henry Street near the Braddock Metro station and part of a regional franchise, expressed frustration at the proposed limits on Twitter.

How about people who don’t like common City related noises stop living in a City? The current ordinance is the height of NIMBY and Anti-business. A handful of complainers ruining things for thousands of other residents and businesses @justindotnet @j_chapman99 @AlexandriaEcon https://t.co/8zFoO1kveu

Other proposed limitations include new nighttime measures from 11 p.m.-7 a.m. that would prohibit audible noise from one residence that reaches another and commercial loading or unloading.

Lost Dog Alexandria owner Matthew Sisk told ALXnow that his main frustration was that many of the plans seem already predetermined by the time they reach public input.

“I think, in general, a lot of what the city puts out for changes to regulations… they don’t do a very good job of circulating that through the business community,” owner Matthew Sisk told ALXnow. “We get caught off guard by these changes with very little time to respond or [offer a] rebuttal.”

The city is currently collecting input on the changes, which are scheduled to go to the City Council for a vote early next year.

Sisk said he appreciated the need for noise ordinances, but said excessive noise complaints can sometimes lead to frustrations for businesses with any nighttime or outdoor activity. Noise was cited as one of the reasons for an outdoor dining ban in Old Town that lasted until 2000, according to the Alexandria Times. In Vienna, hookah bar Bey Lounge has been in a long legal struggle with nearby residents over noise complaints.

“I think the base reason for a noise complaint is good,” Sisk said. “Nobody wants people next door blasting music. But at decibel they’re putting out as the threshold it becomes a weapon for disgruntled residents to use against the city as a whole or specific businesses.”

A few years ago, Sisk said he might not have been hopeful of that happening, but recently there have been signs of change.

“I’m happy to own a business in Alexandria, but Alexandria isn’t business-friendly,” Sisk said. “But I will give [City Council] credit, that’s changing slowly.”

Sisk praised responsiveness from city leaders like Mayor Justin Wilson, who responded to his complaints on Twitter.

Sisk said he is still worried that too much work has gone into putting the noise ordinance together for the city to be willing to make changes, but that the direction the city government has been moving gives him hope for some responsiveness.

“You have people who still see it as a quiet town, but it’s an urban environment,” Sisk said. “The city is making advances and it’s getting better by the year. It’s better than it used to be.”

END_OF_DOCUMENT_TOKEN_TO_BE_REPLACED

More Stories
Ask McEnearney: When Looking for an Investment Property to be Used as a Short-Term RentalVan Dorn Indian Restaurant Wants to Become Hub for Indian Beers