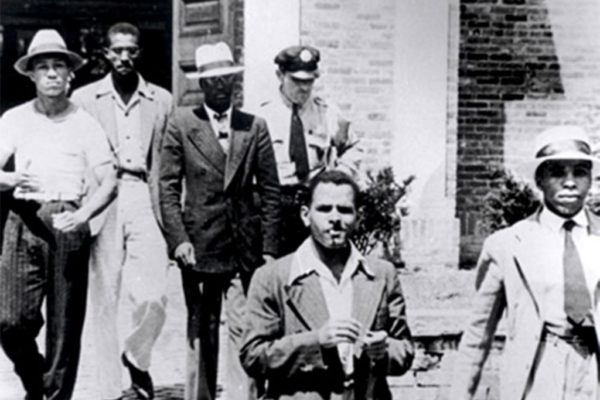 Descendants of the men who led the 1939 Alexandria library sit-in plan to meet tonight for a panel discussion examining how the event impacted their families.

At the Beatley Central Library (5005 Duke Street) at 6:30 p.m., relatives of protestors William “Buddy” Evans and Morris Murray are scheduled to discuss the event and some of the lingering impacts, followed by a question and answer session.

In 1939, five young black men entered the library separately and asked to register for a library card. When each was refused, they picked up a book, took a seat, and began to read. Library staff called the police, who arrested the men for disorderly conduct.

Samuel Tucker, a local lawyer who had helped plan the protest, contacted a photographer who documented the event. Tucker had the men released but used the case as part of a legal push for integration.

Charges were officially dropped this past Friday, after it came to light that the case was never adjudicated so the men had never been declared innocent or guilty. Copies of the judge’s order are planned to be presented by Mayor Justin Wilson to descendants tonight.

The case ultimately resulted in the construction of the Robert H. Robinson Library — today the Alexandria Black History Museum — though Tucker continued to fight for equal access to the library.