After being arrested for suspected burglary, Francis Deonte Rose, 27, has officially been charged in connection with last month’s double homicide at a West End apartment complex. 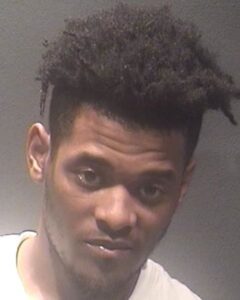 Rose is charged with the murders of Adrian Dejesus Rivera Guzman and Juan Carlos Anaya Hernandez on Saturday, July 16, in the Assembly Alexandria apartment complex on the 100 block of Century Drive.

“Mr. Rose is charged with two counts of second-degree murder and two counts of firearm use in commission of a felony,” the City of Alexandria said in a release. “Mr. Rose was arrested on the day of the incident and continues to be held at the William G. Truesdale Adult Detention Center in Alexandria.”

The victims were reportedly innocent bystanders of a botched robbery.

Rose was released from jail in Arlington earlier this year and allegedly broke into the same apartment complex three weeks before the murder.