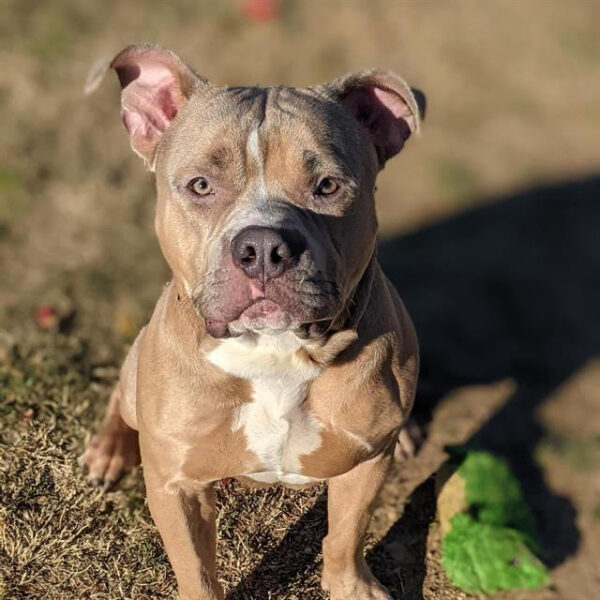 Tilden, the two-year-old mastiff mix looks tough, but he’s a complete marshmallow. He’s up for adoption, too, with the Animal Welfare League of Alexandria.

“Tilden’s an all-around cool guy who would be a great addition to any family,” AWLA spokesperson Gina Hardter told ALXnow. “Whether they are active or looking for a couch potato, Tilden’s got you covered.”

He also knows a few tricks, like shake and sit.

Tilden’s adoption fees have been pre-paid by Priority Automotive, as part of the AWLA’s annual Home for the Pawlidays adoption event.

Not able to adopt but still want to help animals? AWLA needs donations for their (Stocking) Stuff the Van event on Dec. 24. Donations will be used at the AWLA, as well as to help pets throughout the community.