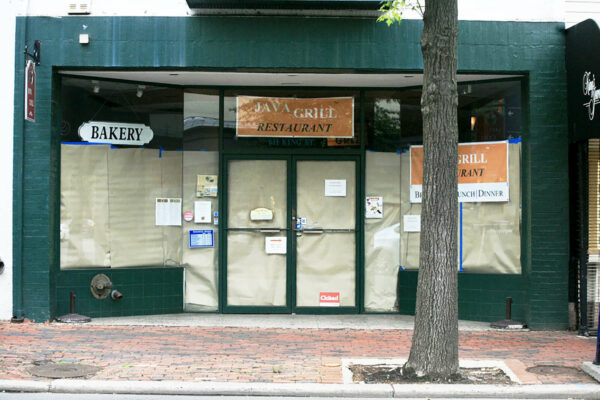 The pandemic has taken another Alexandria business. Java Grill at 611 King Street in Old Town has closed until further notice, according to a sign posted on its door.

Perhaps its greatest moment was on Super Tuesday, March 3, 2020. The place was packed with members of Congress, reporters and Democratic supporters for an election night viewing party.

The business closed up less than a month later on March 30. Their final social media post said that the action was temporary.

Java Grill opened in early 2019 in the former Bread & Chocolate, which had been at the location for decades. The street is beginning to look lonely, as neighboring storefronts La Tasca and Walgreens are also vacant.