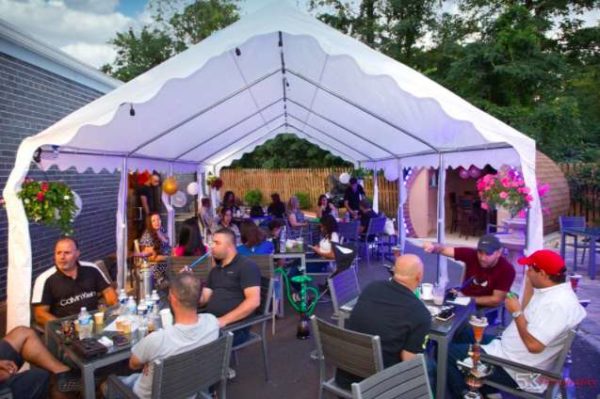 After a year of waiting to open, Double Apple Lounge at 5101 Seminary Road is adapting to the pandemic.

The hookah lounge opened a little less than two months ago and took its Indian food menu out of its inside operations. Instead the food is prepared outside in a trailer, leaving customer with the option to eat outside or inside.

Patrons can smoke hookah in the outside patio area.

“There was no existing operation or activities at the property address for approximately a year,” according to a special use permit application filed with the city on September 21. “Originally, the idea was to pursue a restaurant but due to financial struggles during the pandemic – that has now changed. The business will not be making food – instead it will serve as a lounge.”

The lounge is located near the Hilton Alexandria Mark Center.