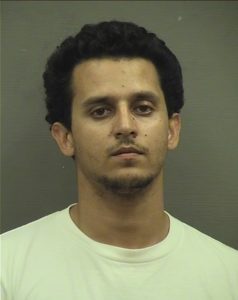 The Alexandria Police Department is asking the public to help locate Ibrahm Elkahlil Bouaichi, who is wanted for the July 29 murder of Karla Elizabeth Dominguez Gonzalez.

According to police, Bouaichi is described as 33-year-old man of Middle Eastern descent, 6 feet 2 inches tall, weighing approximately 180 pounds. Police said Bouaichi should be considered armed and dangerous and poses a potential threat to anyone who comes into contact with him. 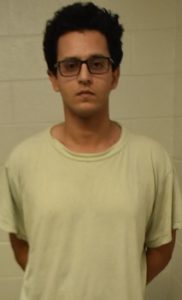 “We need your help,” Alexandria Police Chief Michael Brown said. “Attempts to locate Mr. Bouaichi have been unsuccessful and we’re asking for the public’s help in locating him.”

Anyone with information regarding Bouaichi’s whereabouts is asked to call the Alexandria Police Department immediately at 703 746 6751. Anyone who sees or comes into contact with Bouaichi should call 911 immediately. In some places, including in Alexandria, you can text 911 if you can’t call. Anyone with information about the July 29 murder or Bouaichi’s whereabouts may provide it anonymously.

On July 29, 2020, at 6:20 a.m., the Alexandria Police Department responded to a call regarding shots fired on S. Greenmount Drive. Officers found a deceased woman with gunshot wounds on her upper body, who was later identified as Karla Elizabeth Dominguez Gonzalez. The case is under investigation, and no arrests have been made. Anyone with information regarding this incident should call 703.746.6751.

This was the first homicide in Alexandria in 2020.