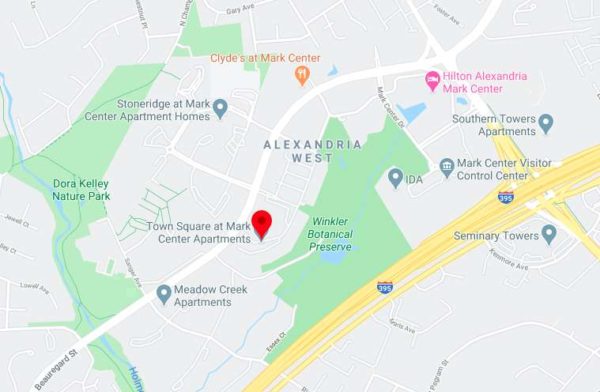 (Updated July 31) The Alexandria Police Department is investigating a homicide in the West End.

Police responded to a call regarding shots fired at S. Greenmount Drive around 6:20 a.m., according to a press release. At the scene, officers found the body of a woman with gunshot wounds on her upper body.

The victim was identified as Karla Elizabeth Dominguez Gonzalez.

“The case is under investigation, and no arrests have been made,” police said. “Anyone with information regarding this incident should contact Detective Gill of the Criminal Investigation Division at 202.420.6290.”

S. Greenmount Drive is a small residential street in the Town Square at Marks Center Apartments community. Assistant Chief of Police Don Hayes said the victim was found outside of one of the residential units.

This is Alexandria’s first homicide of 2020, but not the first shooting. Police have not released the identity of the victim.