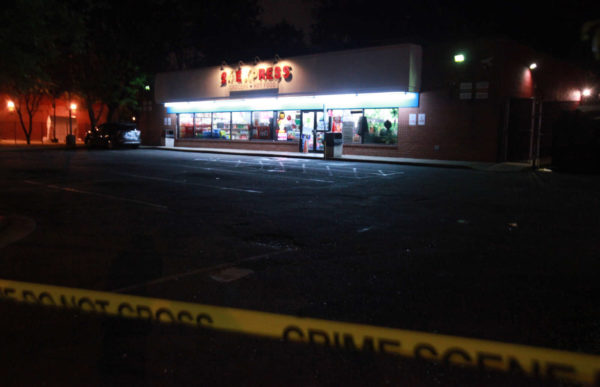 Alexandria Police are investigating an assault that occurred at the 24 Hour Express Food Store in Arlandria on Wednesday night.

Police received the call at around 9:15 p.m. and found a man with non-life threatening injuries. The victim was transported to The George Washington University Hospital and was conscious when he spoke to police, according to scene commander Sergeant Mark Blackwell.

“There were witnesses,” Blackwell told ALXnow, adding that the suspect has been identified, but not arrested.

Police spokesman Lt. Courtney Ballantine said that the victim received a cut on one of his hands.

NOTIFICATION :: The Alexandria Police Department is investigating a felonious assault in the 4000 block of Mount Vernon Avenue. Victim transported to local hospital with non life threatening injury. Expect police activity in the area.