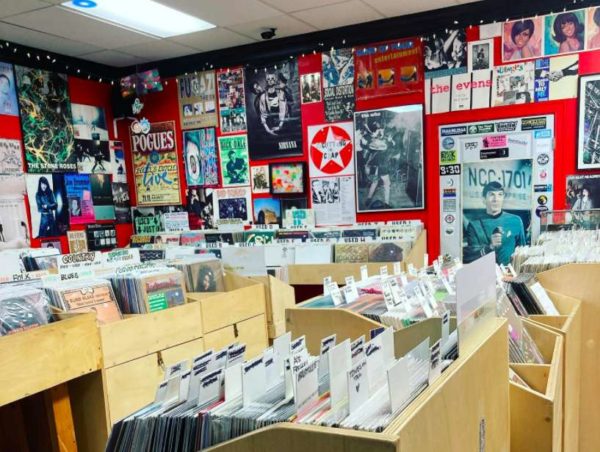 (Updated 4:20 p.m.) Del Ray will soon have its own underground record shop, as Crooked Beat Records expects to reopen in a basement on Mount Vernon Avenue in February.

Owner Bill Daly has been looking for a new location for his new and used record store for more than a year, and found it in the basement of the same building that houses Cheesetique at 2411 Mount Vernon Avenue. The building is also home to to the Del Ray School Of Music and Piece Out Del Ray.

“It’s a perfect location,” Daly told ALXnow. “To afford something, this was our only option. It’s getting too expensive to operate on the street level. Everywhere we looked the rents were triple what we’re paying now.”

Residential redevelopment is forcing the record shop to close by net summer, but Daly hopes to have the final touches on the lease and the interior renovation finalized by early 2023.

“It’s about 400 square feet bigger, and I think it’s going to be better,” Daly said.

Daly said that the new shop will be fully up and running for Record Store Day on April 15.

“That means that we’ve got to have the store set up by late February to early March,” he said.

Daly founded the store in 1997 in Raleigh, North Carolina, and moved it to Adams Morgan in Washington, D.C. in 2004. He moved the store to Alexandria in 2016.