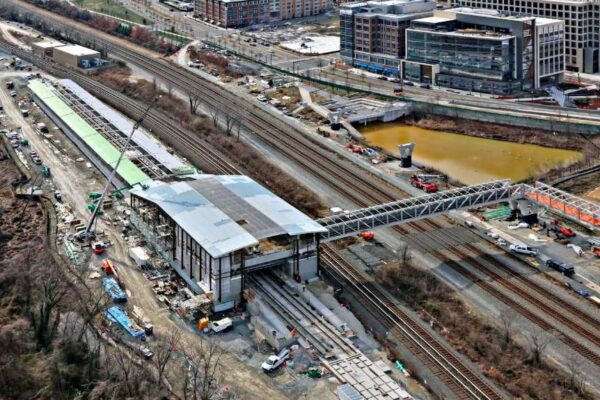 We’re just a nebulous amount of time away from the opening of the Potomac Yard Metro station, but the station is already showing up on new Metro maps.

The ongoing shutdown for Alexandria to bring the Potomac Yard Metro station into the system is scheduled to finish on Oct. 22. Metro officials said trains will be passing through but not stopping at the station.

Washington Metropolitan Area Transit Authority (WMATA) has said the station will open this fall, and Fred Robertson, project manager for the Potomac Yard Metro station, said there’s no more definite date available even as the year slides into fall.

The station was supposed to open in the spring but was pushed back to fall because of a contracting error.

N e on(e) notice the 🟢Green Line looked a little brighter on our new map? Some browsers incorrectly displayed the hue. 🫣We’re not lime-ing when we say we think it looks rad, but here’s the new map showing the new Silver Line stations. 🎉#wmata #RideSilver pic.twitter.com/2FeEUTVoy6