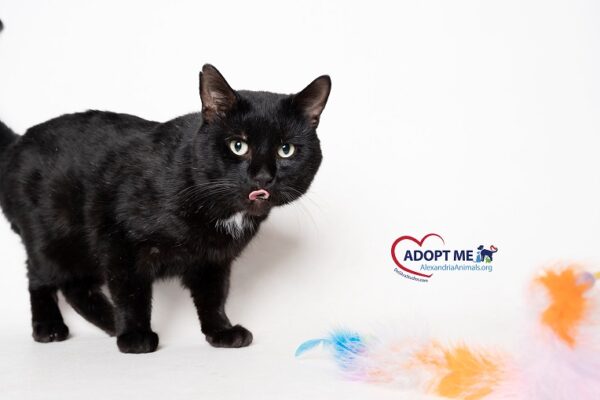 The Animal Welfare League of Alexandria has a clever cat on its hands. Remus, a three-year-old male black cat, has learned a number of tricks with clicker training.

“Just like a dog, cats can learn tricks through clicker-training, and Remus is such a clever cookie that he’s been doing just that,” AWLA spokesperson Gina Hardter told ALXnow. “In exchange for learning tricks like Sit, Spin, and High Five, Remus has been teaching the staff at the AWLA how to give treats, give more treats, and don’t stop giving treats.”

Remus’ adoption fees have been paid through the end of the year by Priority Automotive as part of the AWLA’s Home for the Pawlidays event.