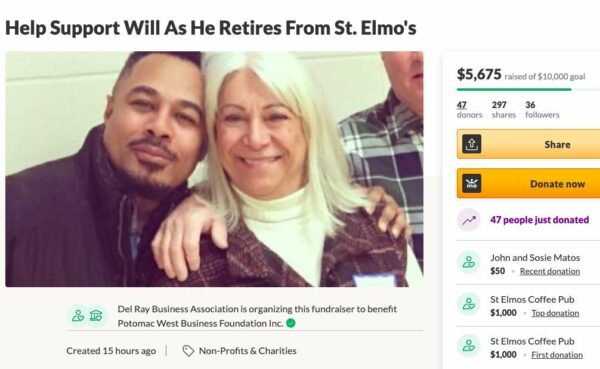 A GoFundMe campaign has been launched to support Will Nichols, the retiring general manager of St. Elmo’s Coffee Pub in Del Ray. Nichols has been a constant presence in the community since being hired in 1998, and the campaign has so far raised $5,675 out of a $10,000 goal.

The fundraiser was organized by the Del Ray Business Association.

“With the decision to move on because of his health, we, in the Del Ray community would like to show Will how much he means to us and what a difference he has made in so many lives,” DRBA said in the campaign.

“Will’s warm smile and genuine interest in you and/or your family is truly a one-of-a-kind experience,” the Ponzis said.