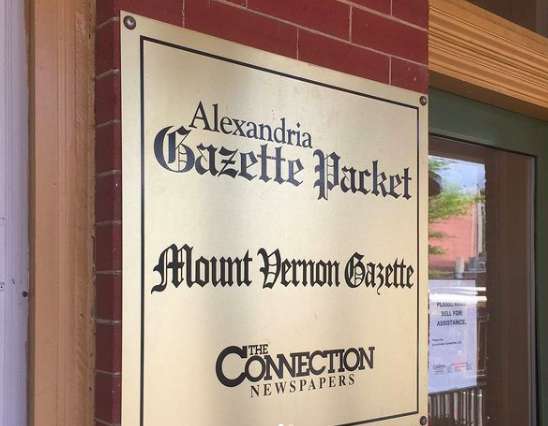 The Connection Newspapers, like many local news organizations across the country, has been hit with a drop-off in advertising during the pandemic. Now, with the network of local papers on its last legs, the Alexandria Gazette Packet has gotten a groundswell of support from the community it’s covered for around 200 years.

The GoFundMe fundraiser aimed at helping to save the paper has earned $10,982 of its $50,000 goal since it launched on Christmas Eve.

The fundraiser has received support from 174 donors, from an anonymous $500 donation to donations as small as $5.

The Alexandria Gazette Packet, which has a lineage dating back to the Virginia Journal’s founding in 1784, is part of the Connection Newspapers network covering Northern Virginia and part of Maryland. The paper has covered everything from breaking news to local community profiles and has several featured editions throughout the year on things like local pets or a newcomer’s guide to the city.

(Updated 10:55 a.m.) The 100 Very Best Restaurant list is back from Washingtonian and it features two Alexandria spots. The list, formerly limited only to sit-down restaurants, now includes carryout,…