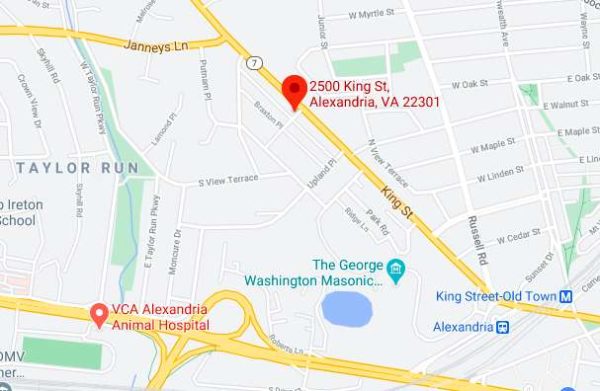 (Updated at 1:20 p.m.) The Alexandria Police Department said a portion of King Street is closed due to a gas leak.

“The Alexandria Police Department is assisting the Fire Department with a road closure in the 2500 block of King Street due to a gas leak,” police said in a press release. “Expect police and fire activity in the area.”

The fire department said callers reported a gas line was hit by a contractor in someone’s yard. Homes near the scene were not evacuated.

The portion of the street that’s closed is near Taylor Run, just north of the George Washington Masonic National Memorial.