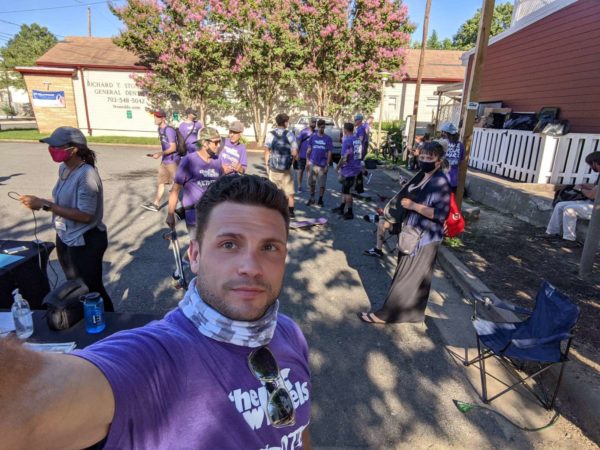 Alexandria Realtor Branden Beasley has such a knack for asking tough and engaging questions that he decided to start a new podcast.

Beasley’s why ALEXANDRIA podcast premiered earlier this month in Del Ray, and he and his small production crew are currently taping more interviews.

“Branden is such a neat guy,” Miller said. “He’s very smart and has a lot of energy.”

The 35-year-old Beasley is married with two kids and has lived in Del Ray most of his life.

“I know all the mayors and the business owners and athletes and the coaches and the community leaders,” Beasley said. “I’m fearless. I’m not shocked by anything, so I think people feel they can open up to me, which I think will help a lot in the podcast.”

Beasley said that he wants to eventually produce three shows a month.

“I want to keep the podcast as a nonprofit,” he said. “I want to basically raise money and use all the proceeds of support ACT for Alexandria and other Alexandria charities and nonprofits.”

END_OF_DOCUMENT_TOKEN_TO_BE_REPLACED

More Stories
Restaurants and Other Businesses for Sale in AlexandriaMorning Notes