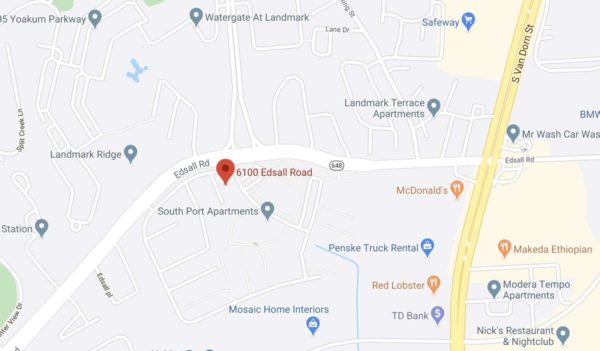 Alexandria Police are searching for two suspects who assaulted and robbed a pizza delivery driver early Wednesday morning on the 6100 block of Edsall Road.

The driver had just finished delivering a pizza at around 1 a.m. and got to his car when he was approached by two unknown suspects. The victim, who is a male in his 50s, was punched in the face during the incident and his cash and car were stolen, according to APD spokesman Lt. Courtney Ballantine.

One suspect brandished a handgun during the incident, police said. No suspect descriptions are currently available.

The victim was treated at the scene for minor injuries.

The incident occurred near a number of apartment complexes in the city’s West End and within walking distance of S. Van Dorn Street.

END_OF_DOCUMENT_TOKEN_TO_BE_REPLACED

More Stories
Driver in Critical Condition After Overnight Crash on King StreetAsk McEnearney: How Did Home Sales this January Compare to January 2019?