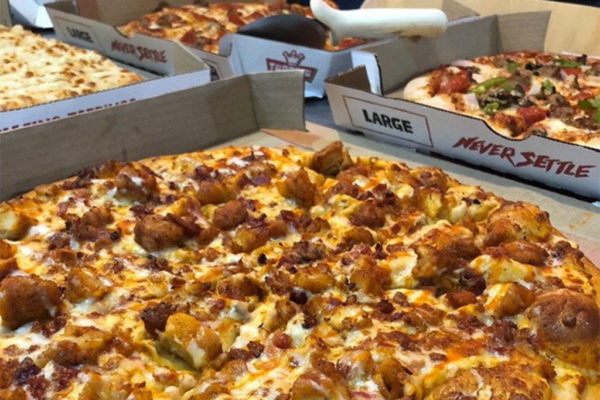 Parent-teacher conferences can be a stressful situation for both parties, but a donation from a nearby pizza shop helped ease that stress last week at Cora Kelly School for Math, Science and Technology.

A manager at Toppers Pizza (3827 Mount Vernon Avenue) in Del Ray said they received an order for 185 pizzas from someone in Alexandria City Public Schools, in preparation for parent-teacher conferences.

“One store did half, and we did half,” the manager said. “It was just so many pizzas.”

Because it was going to the schools, Toppers ended up donating roughly 50 of the pizzas.

“We like to do that for the schools,” the manager said. “We’re constantly getting calls from the school, so we try to help as much as we can.”

Jasibi Crews, principal of Cora Kelly School for Math, Science and Technology, said the pizzas helped out with busy day.

“We are so lucky at Cora Kelly to have such a supportive local community,” Crews said. “We thank Toppers Pizza for their kind and delicious donation of pizzas. They were very much appreciated.”