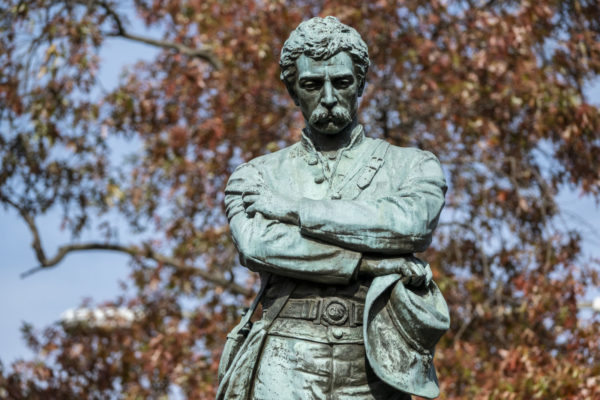 Last week, Mayor Justin Wilson said he sands the city to take another pass at renaming streets throughout Alexandria named for Confederate leaders.

The announcement comes around two years after the city’s last major push to de-Confederate Alexandria, an effort that saw the Appomattox statue on S. Washington Street removed. The city renamed Jefferson Davis Highway through Alexandria to Richmond Highway a year before that.

Confederate statues and other honors were widely used throughout the south as a method of furthering the Lost Cause mythology and intimidating Black residents. In Alexandria, some of that history of Confederate street naming goes back to an addition to the city code in 1951 that all north-facing streets be named after Confederates.